Do the ACT and SAT Standardized Tests Still Matter? 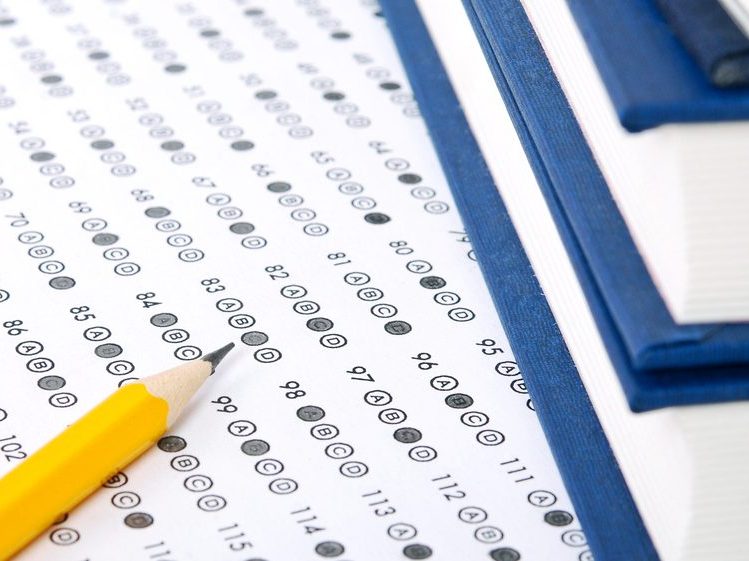 Yes, standardized tests still matter. For students applying to academically selective colleges in the US, they should still take and submit their ACT or SAT scores. Initial data for the Class of 2025 indicates that students who submitted scores had as much as a 100% higher chance of getting in than students who did not submit scores.

Unfortunately, standardized tests are almost more important for families with limited financial means as high scores can be an easy way for a student to stand out without having to spend a ton of money on expensive extracurricular activities. Furthermore many merit-based scholarships still require students to submit standardized test scores.

How Standardized Testing Became So Important in the US

The central role standardized testing has held in the American education system dates back farther than living memory: early attempts at mandating written school examinations pre-date the Civil War, and college entrance tests have been in place since the turn of the 20th century. But it is undeniable that the advent, in 2001, of then-president George W. Bush’s signature “No Child Left Behind” policy raised the importance of standardized testing to unprecedented heights.

In the decades since, it appeared inconceivable that anything could loosen the grip that standardized testing has held on the student (and parent) psyche. And then, quite suddenly, two different (albeit related) narratives—global pandemic and widespread calls for racial equity—upended everything. While it’s too early to state with any certainty that these have dealt a death blow to the American test-centric education system, it does seem clear that it has suffered wounds from which it will never fully recover.

The cataclysmic changes 2020 brought to the standardized testing industry didn’t come out of nowhere, exactly. It’s not as though everything was smooth sailing until the first Americans fell sick with coronavirus. Before we discuss that process, however, it’s instructive to consider just how fragile the testing ecosystem was in early 2020.

Threads from these ongoing narratives can be traced throughout recent developments in the testing industry. The pandemic year(s) accelerated and exacerbated these existing issues at an extraordinary rate.

The first wave of recent changes to the position of standardized testing in American higher education was a direct response to pandemic realities, most notably the demonstrable danger of large gatherings (e.g., students at a testing site). By the spring of 2020, when lockdowns and school closures went into full effect, many students in the class of 2021 had already taken the ACT or SAT at least once. But soon, it became apparent that COVID-19 disruptions were not going to be a blip, but a long-term reality.

What’s the Difference Between Test-Blind and Test Optional Colleges?

By early summer of 2020, many colleges (including several Ivy League schools) had announced their intentions to become test optional, at least for the next few years. Applicants to those schools would not be required to submit test scores; the schools would still consider scores, if submitted, when making admissions decisions.

Similarly, a smaller number of schools (most notably the University of California system) went public with their decision to become test blind (sometimes referred to as “test-free”). These schools would not consider standardized test scores when making admissions decisions, even if students submitted them.

Taken together, these changes had a massive, and immediate, effect on the college admissions process. While application rates at American universities dropped off somewhat, applications to the newly test optional or test blind Ivy Leagues and other elite colleges skyrocketed:

To put it bluntly, students whose test scores would previously have all-but-disqualified them from seeking admission at selective institutions were shooting for the (now test-optional) moon.

It quickly became clear that this was wishful thinking. At many test-optional colleges, an applicant’s chance of admission was clearly improved by the inclusion of a (good) test score. As Jeffrey Selingo describes in his 2020 exploration of college admissions, Who Gets In and Why:

At test-blind schools, admissions teams were forced to evaluate students on other criteria; inevitably, applicants’ transcripts, GPAs, AP class credits, and other academic measures took on a heightened importance.

So while it’s probably unfair to say that these changes were entirely cosmetic, it’s clear that the bottom line has not changed much: you’re not going to get into an Ivy League school without Ivy League-level grades (or test scores).

How the Pandemic Decimated the $20 Billion Standardized Testing Industry

The devastating effect these changes had on the $20 billion testing industry can be illustrated with a few telling statistics. First, let’s consider data from the ACT:

Note: As mentioned above, by the early spring of 2020, many students had already taken the ACT, so the full effects of the pandemic had yet to be felt; this is why the precipitous drop occurs the following year.

To offer a sobering perspective: if we assume that yearly rates of ACT testing should, roughly, follow the trend of American birthrates from 16-17 years previously, the total number of ACT tests administered should have dropped by about 5,000 each year. In other words—in 2020, the ACT saw a decrease in testing rates (and corresponding revenue) over 20 times larger than expected. In 2021, that decrease was an additional 80 times greater.

The SAT saw similar trends—around 2.2 million students took the SAT in 2019 and 2020, but in 2021 that number had dropped to 1.5 million. To use the same metric as above, that’s a drop over 100 times greater than what would be expected from a normal decrease in class size.

In their attempts to revitalize these plummeting figures, College Board and ACT offered numerous additional test dates in 2020 and early 2021. Unfortunately, new testing dates were frequently and unexpectedly canceled, frustrating students and throwing them into cycles of committing time to test prep and then not being able to take their exam for several more months (if at all).

Unsurprisingly, the dramatic drop-off in testing rates had an effect on the administering company’s bottom line. In 2020, for instance, the College Board (which oversees SAT and AP tests) lost $286 million in revenue; the same year ACT Inc. reported revenue losses of just under $100 million. The 2021 numbers, while not easily available, are no doubt equally grim.

The bloodletting followed. In early 2021, the College Board laid off 14% of its employees. Over the course of the pandemic, the Educational Testing Service (which administers the SAT) instituted four rounds of layoffs. At ACT Inc., the casualties started at the very top: CEO Marten Roorda was ousted not long after the UC System announced their Test-Blind policy, which Roorda had spoken vehemently against.

Issues about education have long been a central concern of American social discourse, with “the children” co-opted as a useful avatar for pundits on all sides to project their fears for the future. Over the past two years, this practice has reached fever pitch.

The waves of protest following the murders of Ahmaud Arbery, Breonna Taylor, and George Floyd (among others) prompted wider cultural conversations about the roles that racial (and economic) privilege had in shaping all elements of society. Education, and standardized testing, were no exception.

The American education system is ostensibly based on the principle of meritocracy, a system in which the most talented in any given field are rewarded. For a meritocracy to work, all participants must start from roughly the same place and be given the same opportunities to prove themselves.

One argument against the current system identified that systemic inequality in education meant that participants were not, in fact, starting from the same point, nor being given the same opportunities. This line of argument pointed out that (generally speaking) richer, white students had higher chances of success than poorer, non-white students. The solution, then, was to improve the system by ensuring that disadvantaged students were not being cut off from routes to meritocratic success.

Piqosity and the Future of Testing

It’s clear that the American education system is in a state of flux, and it seems likely that standardized testing won’t regain the central role it has long held anytime soon. But it appears equally unlikely that standardized testing will be removed or replaced entirely any time soon. More or less, everyone agrees that something about the system is broken—they just can’t come to a consensus about what it is, nor will they, if current political discourse is anything to go by.

You might think that Piqosity, as a company offering test prep materials, would have a strong position on these issues. (You’d also probably imagine that we’d come down on the side of testing companies.) But Piqosity is not a testing company, it’s a learning company, and education involves much, much more than standardized assessments. We are in the business of teaching and learning alone.

As long as standardized testing remains an integral part of the American education experience, Piqosity will be there to provide expert preparation. But our vision for the future of education is much wider than that.

These are the questions we’re asking at Piqosity, and answering them has led us to the release of our new Math and ELA curricula. These courses allow teachers to track student progress day-by-day and see in an instant how their students compare to others across the country—no standardized testing required.