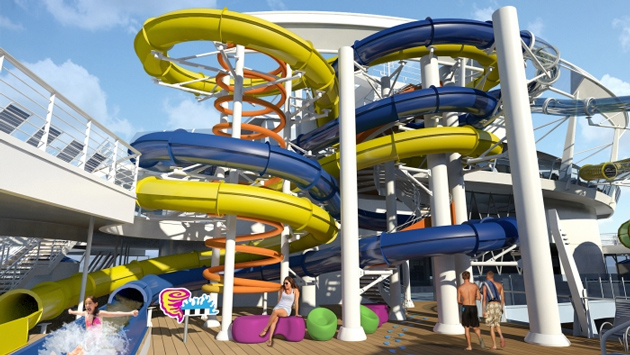 Slides on Royal Caribbean’s Liberty of the Seas

School is out but that doesn’t mean learning should stop; summer is an opportunity. Students who allow their brains to idle over summer risk a knowledge loss that leads to cumulative deficits year over year. Conversely, students who continue learning over the summer earn higher test scores and place into the most advanced courses.

Many people, including educators, dispute the research that claims “summer slide.”[3][4] They argue that it’s another example of an over-reliance on testing and traditional schooling mechanisms. Furthermore, they question whether the impact is really worse on low-income students saying that affluent students don’t actually spend that much time in paid summer programs versus simply enjoying a leisurely summer.

How students should spend their summers ultimately comes down to previous outcomes, individual goals, and desire. Students who failed an academic course during the year are required to remediate over the summer if they want to remain on-level in the fall. Very young children or students in low-pressure academic environments may derive minimal benefit from summer studies.

On the other hand, students attending academically rigorous schools with high ambitions would be well served to get ahead lest they fall behind their peers who do study over the summer.

Even if students take a much deserved break over summer, there are some dates in the fall that parents want to be aware of:

In addition to free test prep for the SAT, ACT, and Upper Level ISEE here at Piqosity, here are three bucket tips to prevent summer slide.

1. Remediate or get ahead. Schools don’t close up entirely for the summer. Everyone knows that mandatory summer school awaits when you finish with a low grade, but most schools increasingly offer get-ahead courses too.

2. Learn online. The internet is transforming so much about our everyday lives, and education isn’t left out. In most cases, websites and mobile apps now enable students to study an even wider variety of material than they could in the classroom and often for free or cheaply.

3. Discuss and enjoy new or favorite experiences. Learning doesn’t have involve classrooms, books, or computers. The most important thing about preventing summer slide is to keep your children’s minds active and intellectually stimulated. Parents have the ability to do that themselves with some easy aids!