Depending on the year, either the ACT or the SAT is the most popular college admissions test in the United States. In 2019, 1.78 million seniors or approximately 52% of US graduating seniors took the ACT. According to ACT, the best way to improve your score is simply to take the test more than once. Students who took the ACT test multiple times scored an average of nearly 3 points higher than those who took the ACT only one time.

The Best Way to Prepare for the ACT Test

Armed with these statistics and nearly 20 years of experience, we are confident in saying that the best way to prepare for the ACT is: 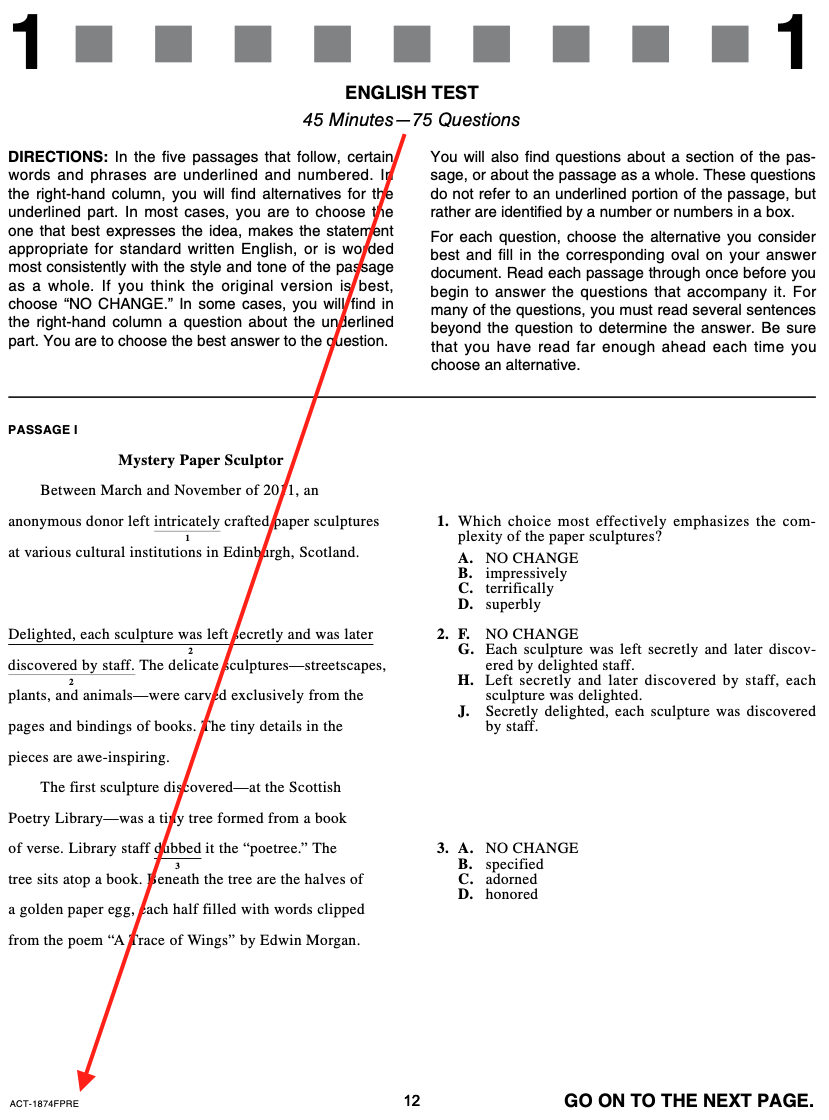 In its infinite generosity, the publisher of the ACT distributes one free, full-length ACT practice test every year in its “Preparing for the ACT Test” student guide. This guide is available as a free PDF download and can easily be printed.

However, the free practice test is not always updated each year; the ACT generally recycles the same test for 2-3 years. You can quickly tell if a test is unique or not by looking at the “Form” number, which is found on the bottom-left corner of each page preceded by the year of publication.

There are an additional 4, full free-length official ACT practice tests that are slightly outdated but still useful. They are slightly outdated because in 2015, ACT redesigned the optional essay portion of the exam (Writing Test) and updated how it categorizes questions through the entire test. So if you decide to use the official practice tests below, do not work the essay, and just be aware that official question categorizations are now different. 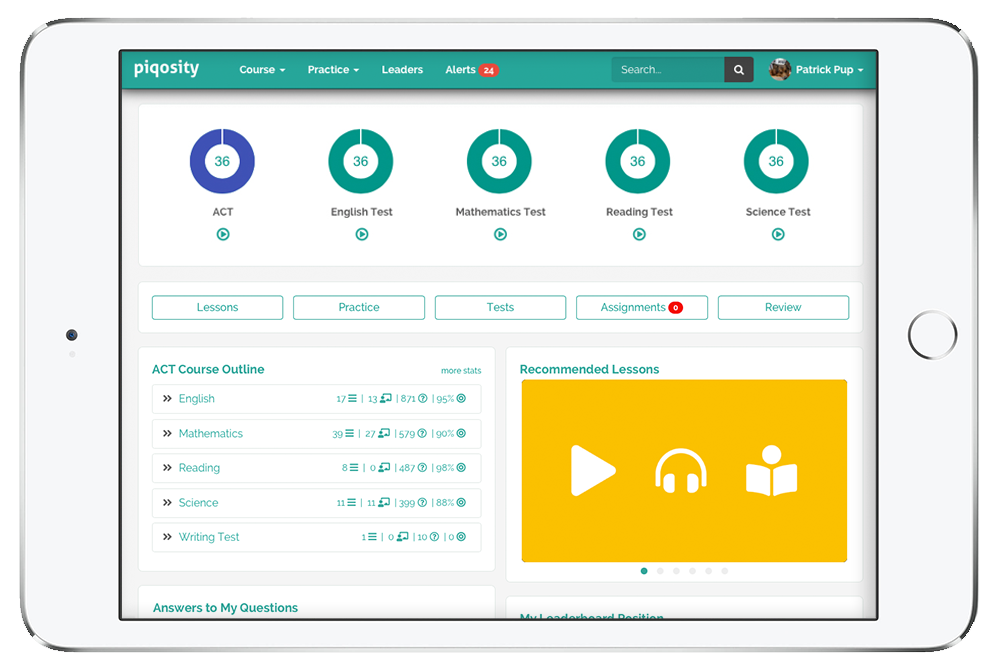 When you’re finished reviewing these official practice ACT test, continue practicing with our own 10 full-length practice ACT tests—absolutely free during the pandemic. With Piqosity, you’ll get access to great content and features to help you do your best on test day:

Click here to start practicing for the ACT completely free on Piqosity.

If you’re an educator, we also offer a free learning management system (LMS) so that you can monitor all of your students from one log-in.

ACT® is a registered trademark of ACT, Inc. Piqosity is neither affiliated with nor endorsed by ACT.

Shelby Joe 周 is the Founder of Piqosity. He has more than 17 years of experience in education as an entrepreneur, professor, and tutor. Shelby earned his BA in Political Science from Rice University. Born and raised in Mississippi, he now resides in Houston but has also lived in Beijing, Shanghai, and Hamburg.