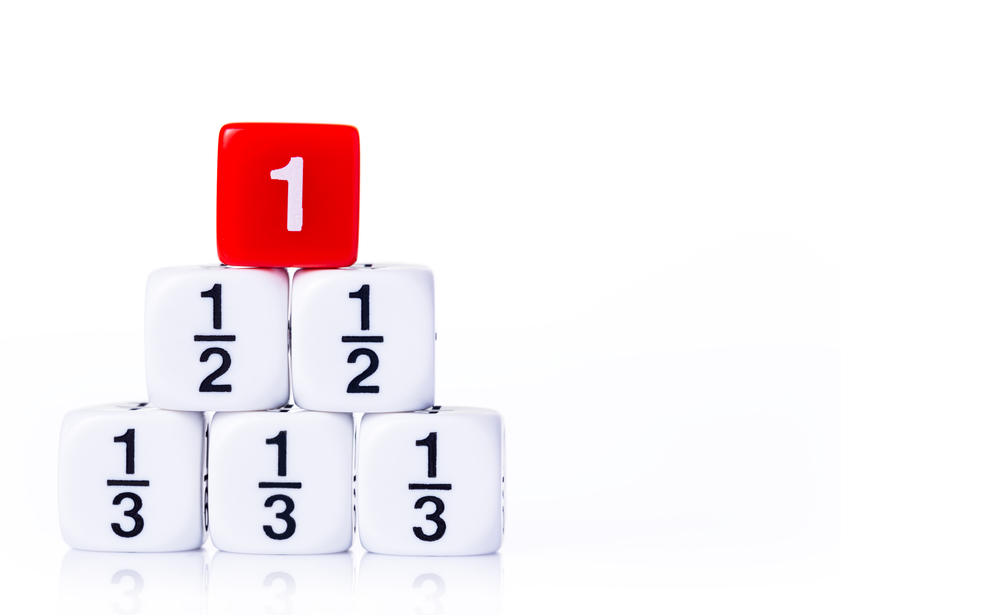 Rational numbers are numbers that can be represented as a fraction whose numerator and denominator are both integers.

For multiplication, you simply multiply across.

To eliminate the sheer amount of reducing you may have to perform with some fractions, you can simplify before you multiply. Multiplication is commutative, which means that the order of the integers in a multiplication problem does not matter.

To divide fractions, you simply find the reciprocal of the divisor (usually the second number) and multiply it to the dividend (usually the first number).

While addition and subtraction of decimals are a game of lining up the place values, multiplying and dividing decimals involve a little more work.

For multiplication, you multiply the values with decimals just as you would regular integers without worrying about the decimal place values.

However, the product from multiplying the values this way is not the correct answer.  You must still move the result’s decimal place to the left the same number of times as the total number of decimal places contained in all of the multiplied values with decimals.  An easy way to do this is count how many total decimal places there are in the values, mark the amount to the side of the values (ex. 4 dcp.), and then multiply the values.

To divide decimals, you are still moving the decimal place. However, the movement occurs before you divide.

Review these fractions and their decimal equivalents to save time on calculations (remember the ISEE does not allow calculators):