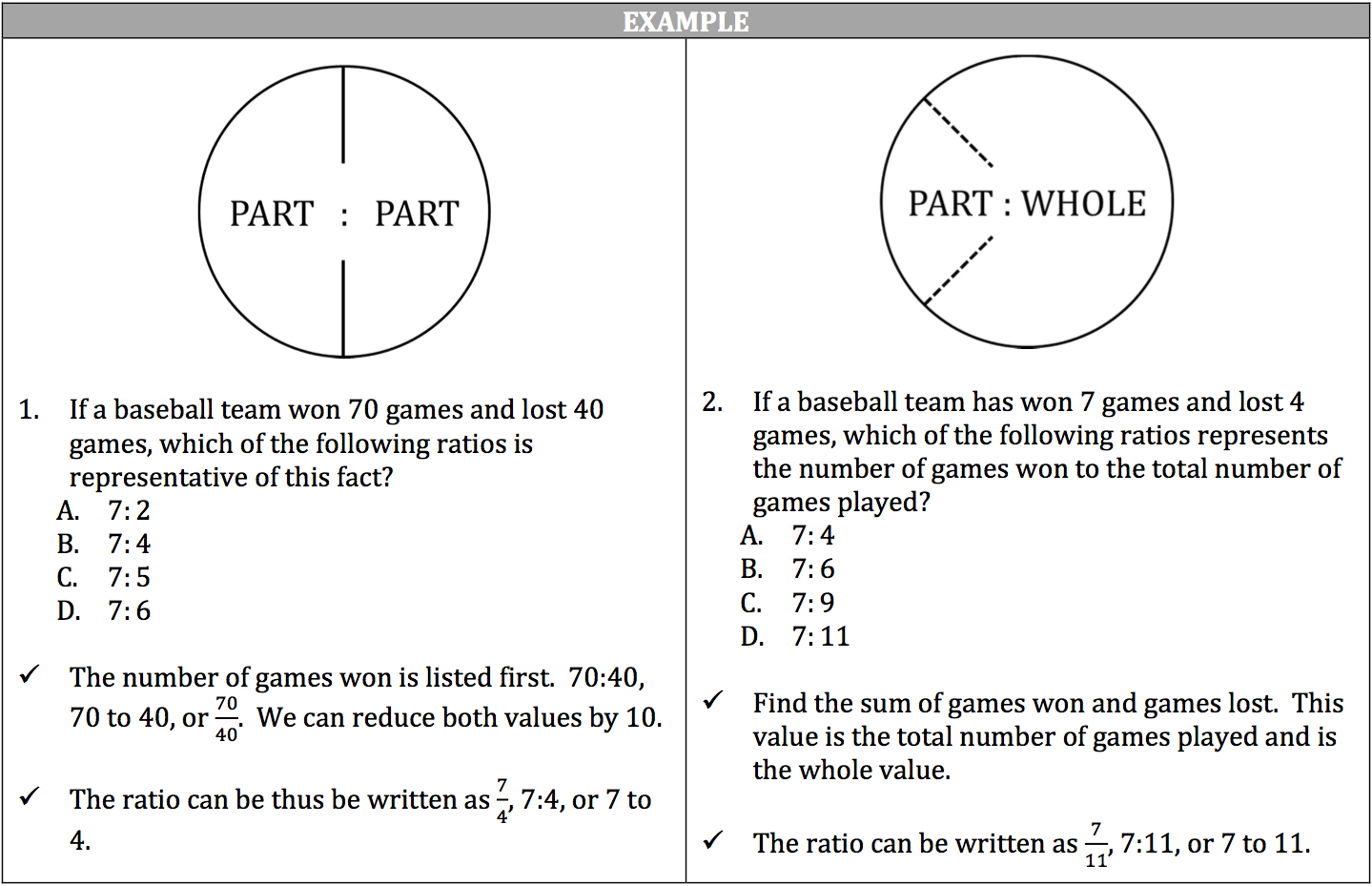 A proportion is two ratios set equal to one another. Proportions can help solve questions about scales of size or distance, such as a map or model. It is important that the placement of the known quantities in both ratios makes sense in proportions. For example, if a man stands 6 feet tall and has a 10 foot shadow, you can then determine the height of a nearby building with a 20 foot shadow through a proportion.