Direct and inverse variation refers to two values that are proportional to one another depending on a particular constant, or k:

To determine which variation to use, look closely at the words used in the question: 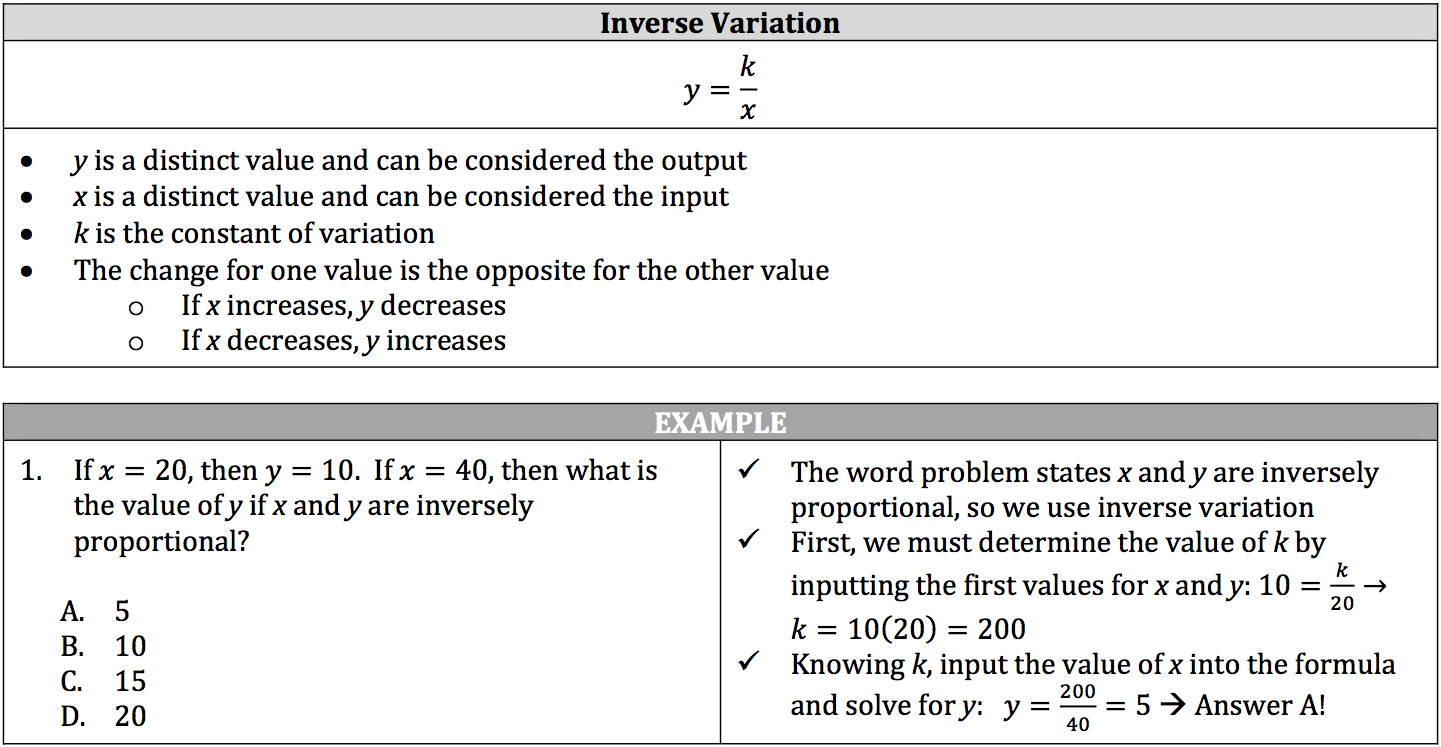