Definition of a Polynomial

You can multiply polynomials using the :

These four methods all do the same thing; they’re just presented in different ways. Use the method that is easiest for you to remember. We’ll focus more on multiplying binomials with the same variable, but the methodologies are the same for polynomials. 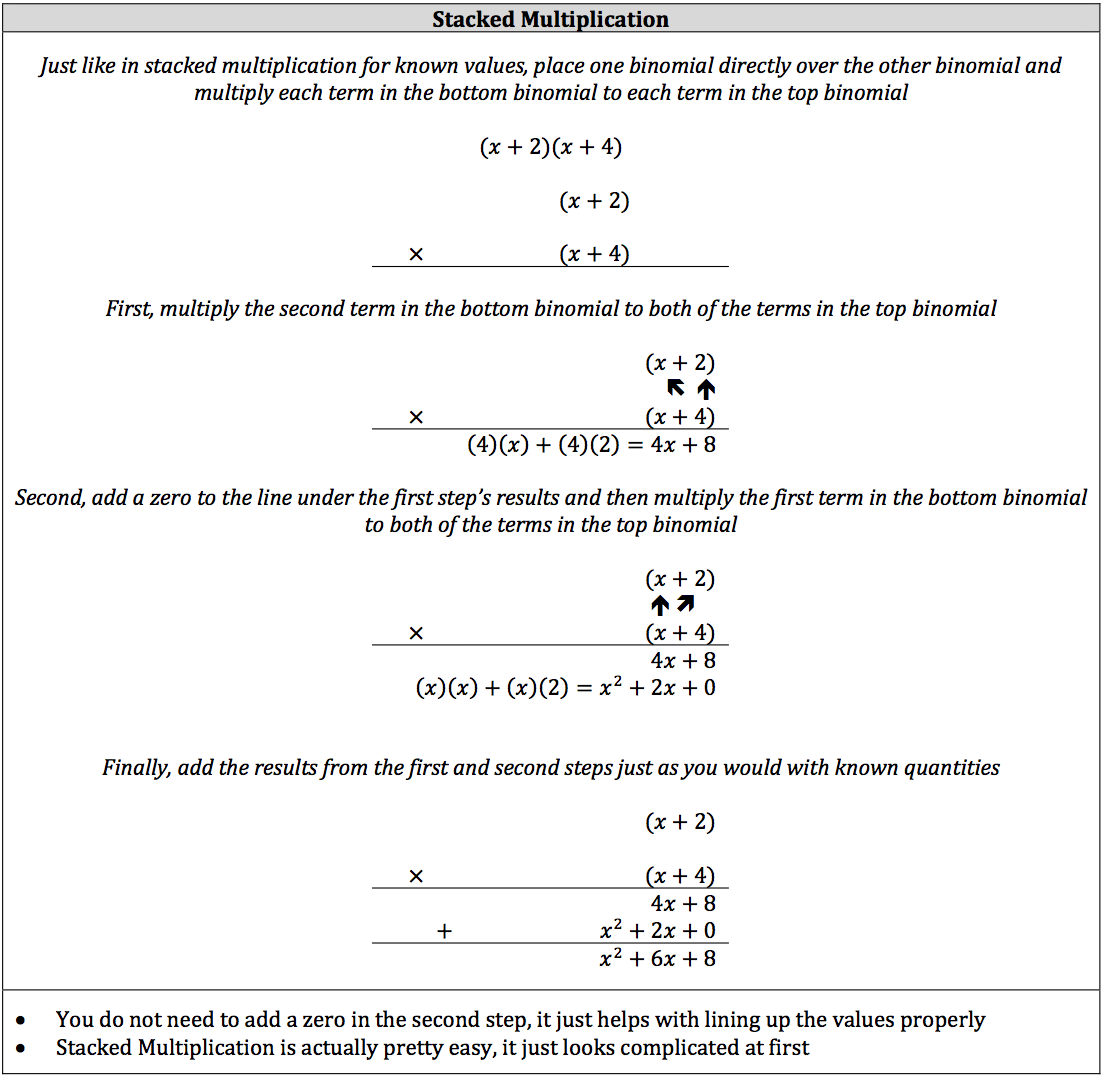