A linear equation simply refers to an equation that will result in a single straight line on a graph, such as slope‐intercept y = mx + b. To solve for more than one variable, you will be working a system of linear equations.

A system is simply a collection of equations that are worked at the same time and come to the same result. This means the only solution to all equations within the system will be the intersection of all the lines on the graph, or where they share the same point.

You can solve a system through elimination or substitution, though both methods are variations of one another. 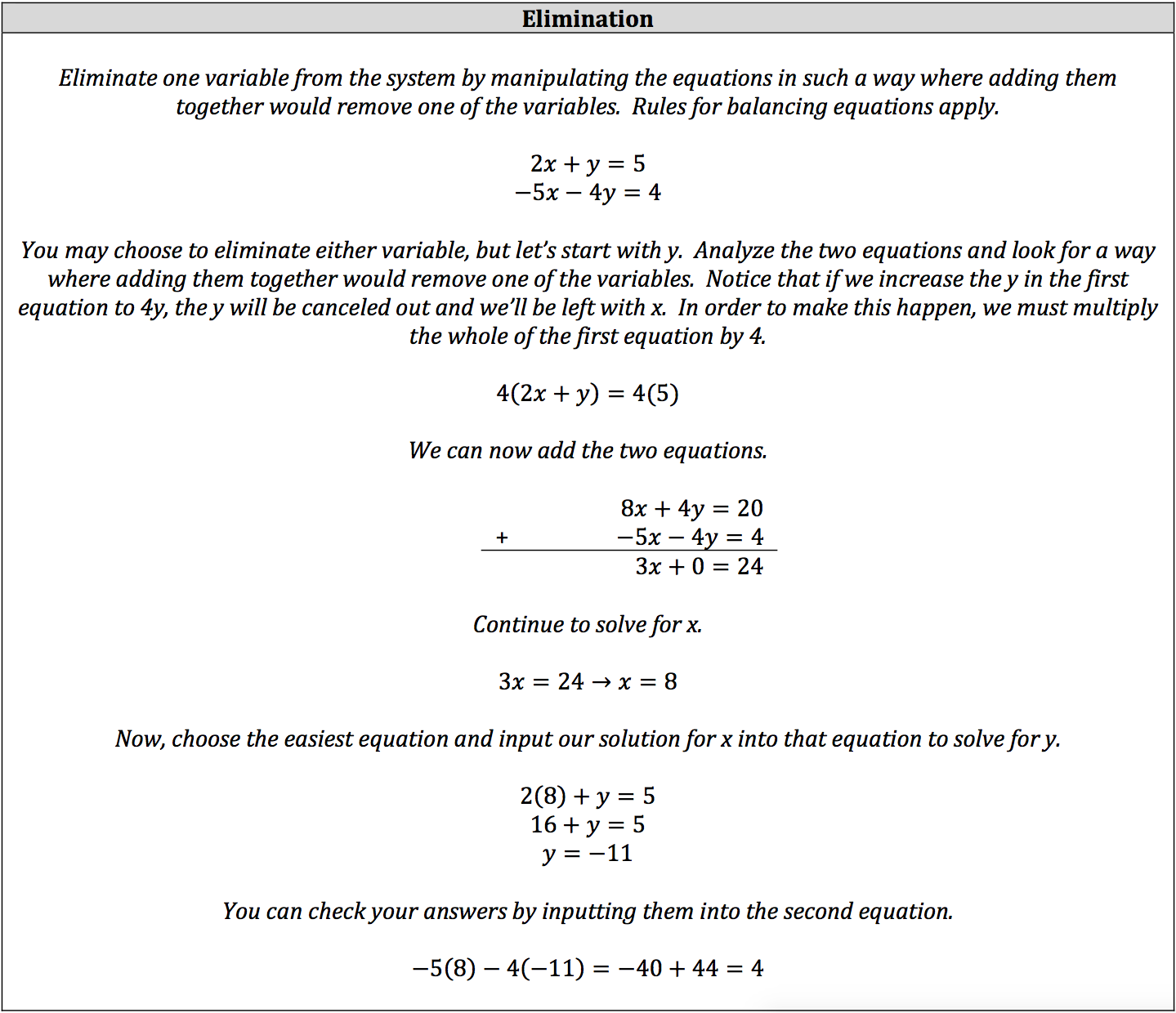 When it’s not readily apparent how you should manipulate the equations, you can use substitution. 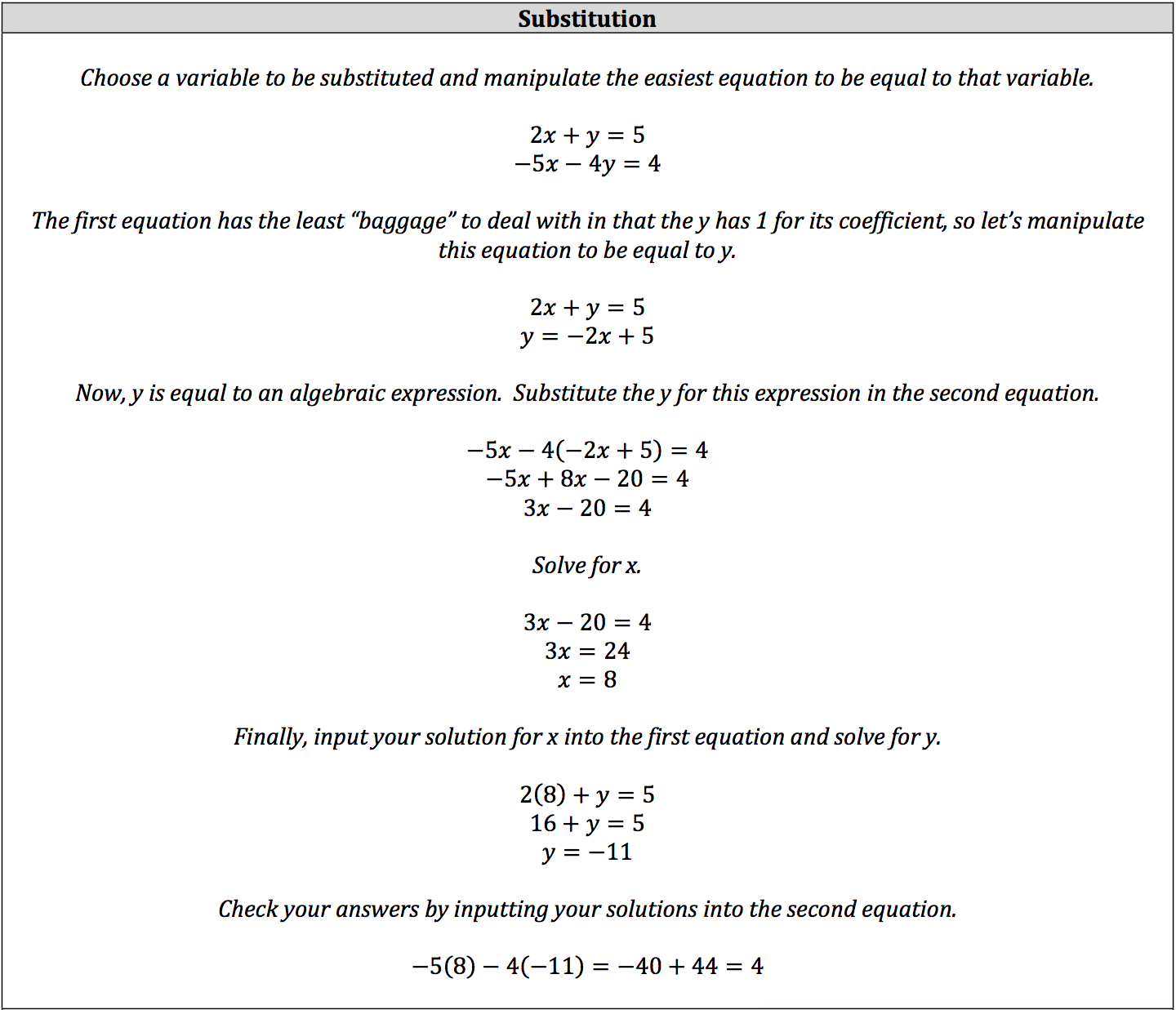