Mississippi seniors remain among the least-prepared in the nation according to the class of 2019’s ACT scores; as much as 50% of Mississippi’s graduating class may not be ready for college. In fact, out of 240 public high schools, only one school—the Mississippi School for Mathematics and Science—graduated a majority of seniors whose test results indicated they were college-ready in all four ACT subject testing areas.

Mississippi is one of 20 states which requires and pays for all public-school students to take the ACT in the spring of their junior year; ACT test scores account for 5% of a school’s annual accountability rating. This requirement means that Mississippi’s data is remarkably complete: it is estimated that 100% of students sat for the test.

Majority of Mississippi Juniors are Not College Ready 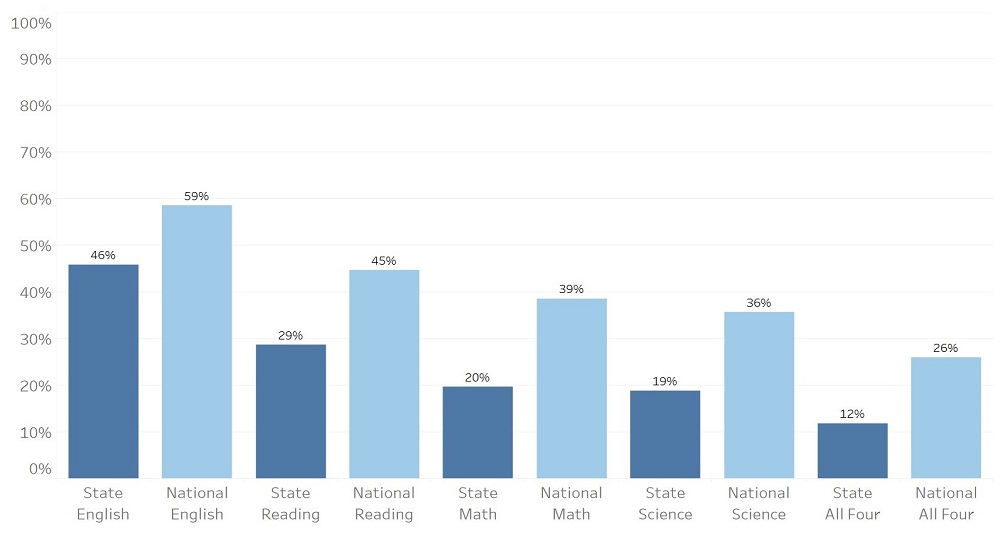 Appropriately for the state which has produced William Faulkner, Eudora Welty, and (more recently) Jesmyn Ward, Mississippi’s graduates are most prepared for college English, with 46% of students meeting the English benchmark, down slightly from 47% in 2018. Far fewer students met the benchmarks for the other subject areas, though: 29% in Reading, 20% in Math, and 19% in Science. Only 7% of graduates met the benchmark for STEM.

In all subject areas, the portion of college-ready Mississippi graduates lags behind the national average by more than 10%, and is less than half when looking at all four testing areas (12% of Mississippi students meet all four benchmarks; nationally that number is 26%). 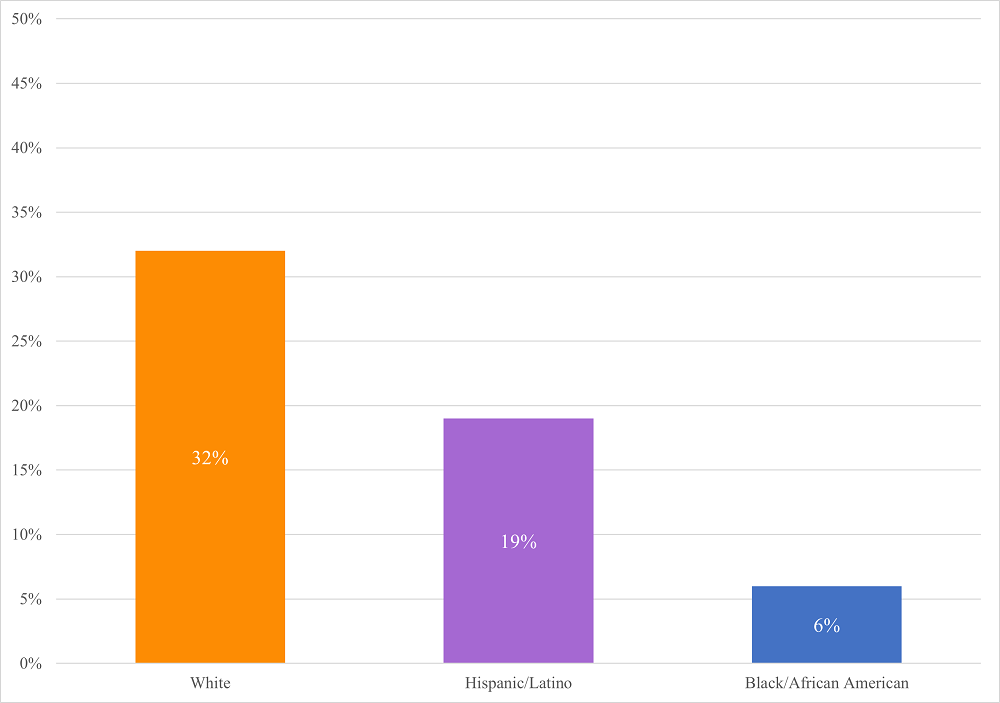 Sadly, one of the biggest indicators of ACT success, both nationwide and in Mississippi, is one over which students have no control: their racial background.

The racial makeup of Mississippi’s graduating class shows the disparities most clearly between white and Black students: although they make up nearly equal proportions of the senior class (42% identify as white; 38% as Black), white students are more than five times more likely to meet three or more College Readiness Benchmarks than their Black peers.

Students Can Improve Their ACT Scores

Mississippi is also invested in helping its students who aren’t yet meeting benchmark goals. In 2019 in every subject area besides math, over 10% of the graduates who didn’t meet the benchmarks were within 2 points of doing so. In an effort to get those students the help they need, all Mississippi school districts are now required to offer two specialized classes to seniors who are just below benchmark scores. All students who earn at least an 80% in “Essentials for College Literacy” or “Essentials for College Math” are entitled to enter credit-bearing courses at all Mississippi public universities and community colleges.

Mississippi’s Colleges are Accessible and Affordable

Nearly three-quarters of Mississippi’s graduating seniors have college plans, and Mississippi is eager to help them get there. It is one of only nine states with some form of automatic admission.

At all eight of Mississippi’s public universities, an applicant will be granted full admission if they have a:

These are attainable goals; at two-thirds of Mississippi’s 240 public high schools, the majority of students earned a composite score of 16 or higher.

It’s not surprising, then, that 70% of Mississippi’s ACT score reports were sent to in-state public colleges. The top five colleges among test-takers were:

What’s more, these colleges are relatively inexpensive, too; all four universities are ranked among Mississippi’s Top 15 Most Affordable Colleges for in-state tuition, averaging a yearly cost of about $25,000. (Mississippi Gulf Coast Community College, which isn’t compared to public universities, is about half the cost, around $12,000 per year.) The costs are even lower once financial aid has been factored in: the Net Price—what students will actually owe—is as much as $10,000 less per year.