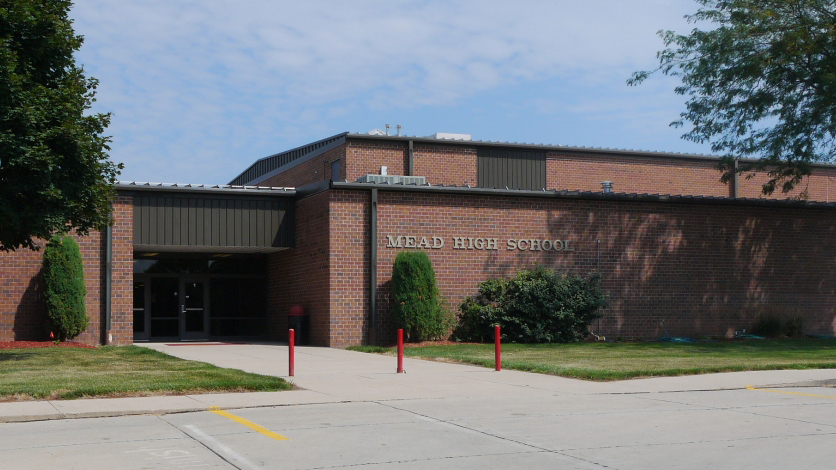 What do we know about Nebraska’s Class of 2019? They are overwhelmingly white, and only slightly less prepared for college than their peers nationwide. Their college-readiness, as determined by their ACT scores, is directly correlated with their socio-economic status. And when they do go to college, many opt to stay in the familiar surroundings of the Cornhusker State.

In 2017, the ACT became compulsory—and free—for all Nebraska high school juniors; this requirement means that Nebraska’s data is remarkably complete. In 2019, it was one of 15 states where an estimated 100% of graduates took the ACT. Among these, only Utah and Wisconsin scored higher, both of which scored an average composite of 20.3. (Nevada ranked lowest with an average of 17.9.)

States with higher testing levels tend to have lower average scores, since they include results from students whose future plans may not include college-level coursework. In states where standardized testing like the ACT is optional, most of the test-takers are a self-selecting, academically advanced group of students. For example, consider Connecticut and Massachusetts, which had the highest average ACT scores in the nation (25.5), but only tested 22% and 21% of graduates, respectively.

Many Nebraska Juniors are Not Prepared for College

A slim majority of Nebraska’s graduates (55%) are prepared for college English, the only subject area in which more than half of test-takers surpassed the benchmark score. 40% of students met the Reading benchmark, and about one-third of graduates are college-ready in Math and Science. Only 16% of students achieved ACT scores which showed college readiness for STEM. In all subject areas, Nebraskans’ scores trail the national average, but by no more than 5%.

Compared to the class of 2018, this set of graduates showed about the same level of college preparedness across the board. The average scores of 2019 students stayed the same in English, declined by 0.1 points in Reading and Math, and increased by 0.1 points in Science.

Although these numbers show room for improvement, there is one statistic which offers some hope. In 2019 in every subject area besides math, at least 10% of the graduates who didn’t meet the benchmarks were within 2 points of doing so. If just these students’ scores could be brought up to benchmark levels, Nebraska would surpass national averages in all four testing areas.

These nationwide trends are mirrored in Nebraska’s 2019 results. 42% of white students and 38% of Asian students met three or more College Readiness Benchmarks, but only 9% of Black students and 14% of Latino graduates did so. The significance of these results is skewed somewhat by the racial makeup of the graduating class:

In other words, Nebraska could close the achievement gap by raising the scores of only 420 Black students, and just over 1,000 Hispanic students. 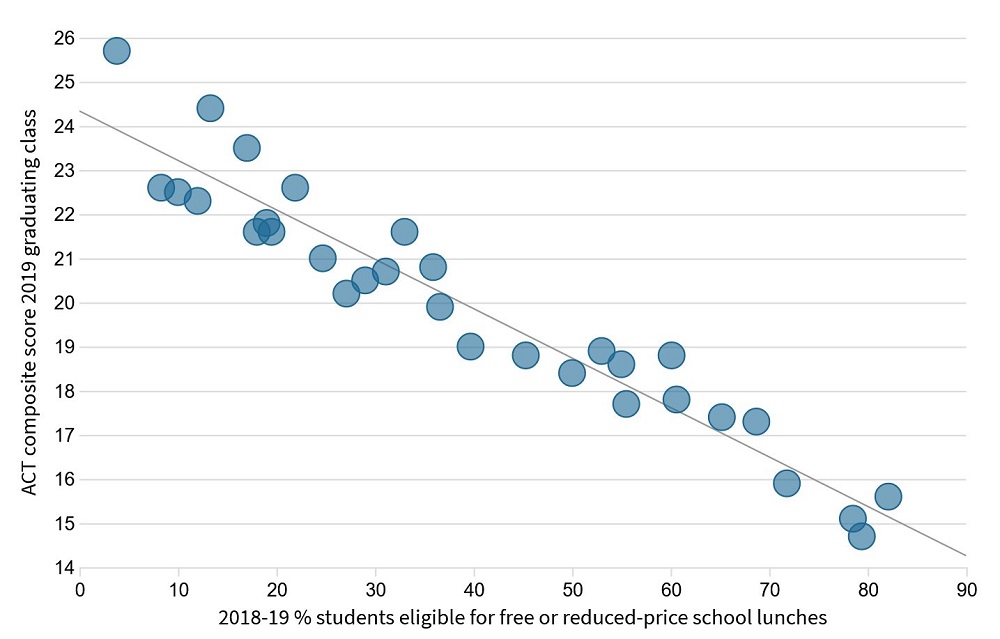 Along with race, one of the biggest predictors of ACT success is socio-economic status. In a survey of ACT results from 31 Nebraska high schools, there was a direct correlation between a school’s average composite score and its poverty rate, as determined by the percentage of its students who were eligible for free or reduced-price school lunches.

According to this survey, the five top-scoring Omaha-area high schools (and their reported average scores) were:

In all five schools, fewer than 20% of students were eligible for free or reduced-price school lunches.

Students Can Improve Their ACT Scores

Nebraska’s Colleges are Accessible and Affordable

76% of Nebraska’s 2019 graduates aspire to postsecondary education, with the majority aiming for a four-year bachelor’s degree. There’s good news for parents worried about becoming empty-nesters: students sent more than half of their ACT score reports to public in-state colleges.

Being admitted to these schools is an attainable goal. At all locations of the University of Nebraska, for instance, a first-year applicant will be guaranteed admission if they score at least a 20 composite on the ACT. (As a reminder, that was the average score in 2019.) They are also considered good value colleges, with total costs for in-state students averaging $20,000 yearly (before financial aid). In fact, UN Lincoln was one of only 20 public universities labeled a “Best Buy” by the 2018 Fiske Guide.

Nebraska high school students are tested, typically during their junior year, using the Nebraska Student-Centered Assessment System (NSCAS ACT). They are graded along three metrics: English Language Arts (ELA), the average of the English, Reading, and Writing tests; Mathematics; and Science. Of the 240 public high schools for which data was available, 100 had a composite score of 20.0 or over.