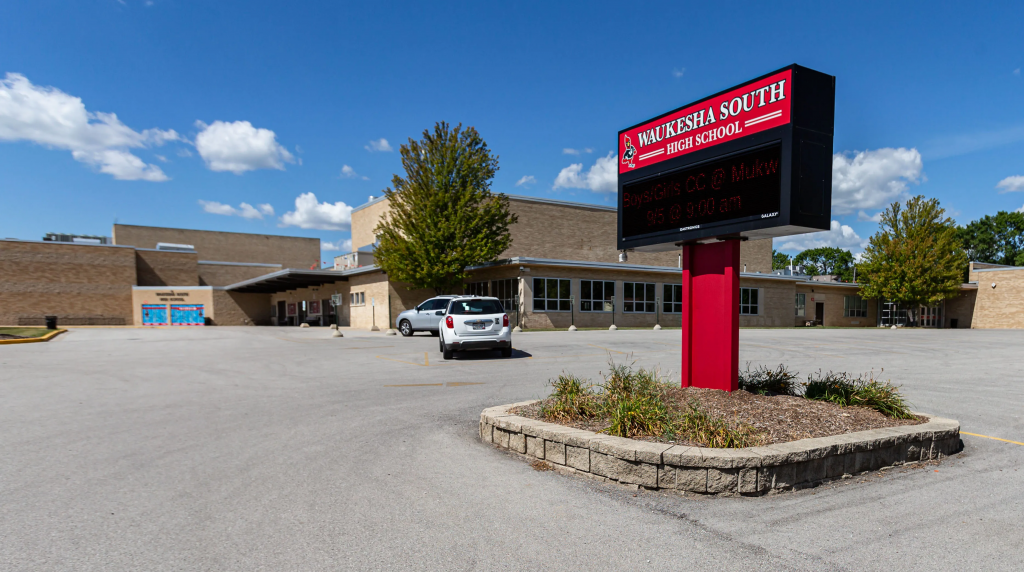 Although a majority of Wisconsin’s 2019 high school graduates plan to attend college—and many hope to stay close to home—they are, on average, performing at the lowest rates in recent years. This is a key takeaway from an analysis of Wisconsin students’ 2019 ACT Scores.

Since 2016, the ACT is compulsory for all Wisconsin high school juniors; this requirement means that Wisconsin’s data is remarkably complete. In 2019, it was one of 15 states where an estimated 100% of graduates took the ACT. Among these, it tied with Utah for the highest average composite score. (Nevada ranked lowest with an average of 17.9.)

Wisconsin’s high ranking among states with 100% participation is particularly impressive, since states with higher testing levels tend to have lower average scores. (They include results from students whose future plans may not include college-level coursework, for instance.)

In states where standardized testing like the ACT is optional, most test-takers are self-selecting and academically advanced, which is reflected in their test scores. For example, consider Connecticut and Massachusetts, which had the highest average ACT scores in the nation (both 25.5), but only tested 22% and 21% of graduates, respectively. 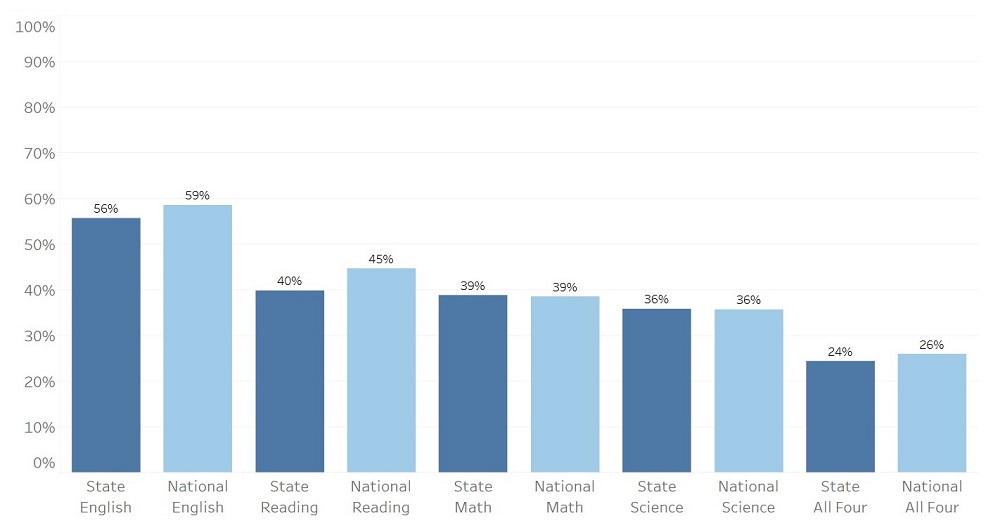 With an average ACT composite score of 20.3, Wisconsin’s Class of 2019 slightly trails the national average for students meeting ACT College Readiness Benchmarks (CRBs) in two subject areas. A slim majority of Wisconsin students (56%) are prepared for college English, the only subject area in which more than half of students met the benchmark score. Only 40% met the Reading benchmark. Although a minority of graduates are college-ready in Math (39%) and Science (36%), these numbers are on par with national averages.

Concerningly, when compared to the class of 2018, this set of graduates showed less college preparedness in all areas except Science. The biggest drop was in English, where 3% fewer students met the benchmark score, and the average score dropped by 0.4 points. The average scores of 2019 students also decreased by 0.2 points in Reading and by 0.1 points in Math.

Most worrying, 2019 marked the first time that the number of Wisconsin students meeting none of the benchmarks exceeded the number of those who are meeting 3 or more, as show in the chart below.

Wisconsin’s 2019 results mirror these nationwide trends. While 43% of white students met three or more College Readiness Benchmarks, only 6% of Black students and 17% of Latino graduates did so. The performance of Wisconsin’s Black students is particularly concerning; they are meeting CRBs at half of the national average.

Although the achievement gap between Black and white students has narrowed for the past two years, this is largely due to white students performing more poorly on the ACT, rather than a marked improvement in Black students’ scores.

It’s important to note that this disparity in scores is not unique to the ACT. A recent report from the National Assessment of Educational Progress (NAEP) studied 4th- and 8th-grade students indicated that Wisconsin has the widest educational achievement gap in the nation. Disparities in ACT scores likely have their roots in disparate early childhood educational experiences.

About two-thirds of Wisconsin’s Class of 2019 aspire to postsecondary education, with half of those aiming for a four-year bachelor’s degree. Good news for parents worried about becoming empty-nesters: a majority of these college-bound students want to remain within the borders of the Badger State! A clear majority (60%) of Wisconsin students’ ACT score reports were sent to public in-state colleges.

Admission to some of these schools is fairly competitive—at Madison (although submitting ACT scores is optional) an ACT score of 27 or above is recommended for applicants. At Oshkosh, the recommendation is more easily attainable: an ACT score of 22.7 or higher. (In 2019, a majority of students at 22 high schools achieved this score.)

These colleges are also within the financial reach of many: all five rank within the Top 15 Most Affordable Colleges in Wisconsin, with yearly in-state tuition below $10,000.

The table below presents 2019 ACT Scores from 500 Wisconsin high schools for which full data was available. Explore the original data from the Wisconsin Department of Public Instruction here.