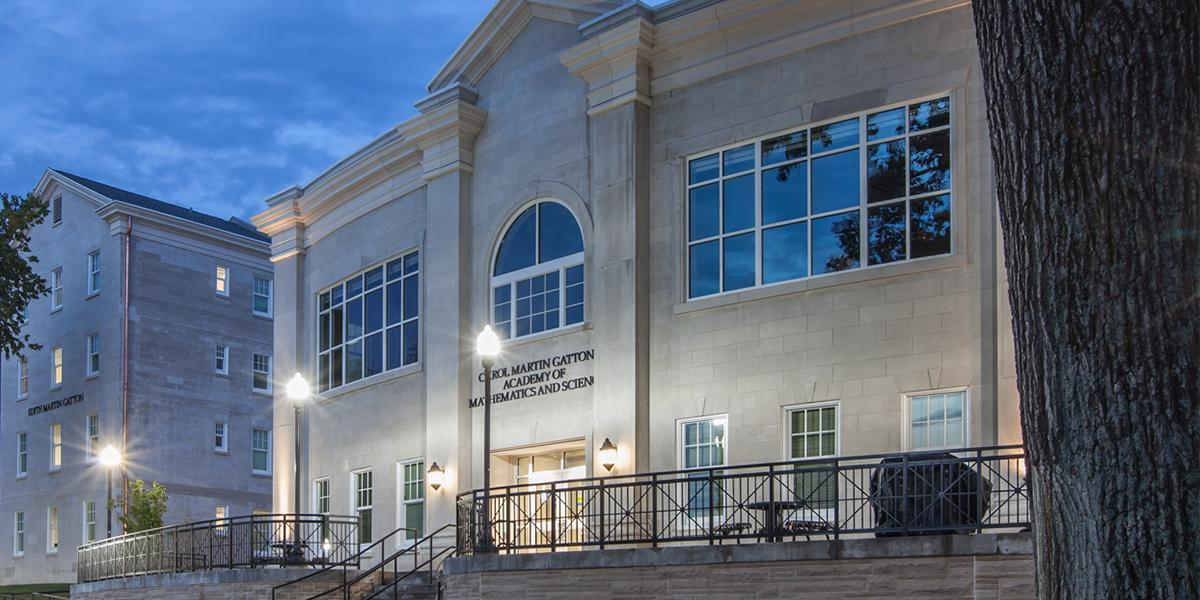 If you’re looking to attend one of the top Kentucky high schools, make sure you check out those associated with a university: the top two high schools with the highest average ACT scores were both magnet high schools affiliated with an institution of higher learning. Although it’s only one metric, a school’s average ACT scores can reveal a lot—they are usually a reliable indicator of college- and career-readiness, and the “best” high schools are those which adequately prepare their students for college or a career. This article looks at general trends in Kentucky’s 2020 ACT scores with a focus on the top-scoring high schools across the state.

For over 10 years, Kentucky has administered the ACT to all high school juniors. Consequently, the state’s data is remarkably complete. In 2020, it was one of 15 states where an estimated 100% of graduates took the ACT; among these, it scored higher than eight other states. Of the states with 100% participation, Utah had the highest average score (20.2), and Nevada had the lowest (17.9).

To more fully contextualize this, it’s important to point out that states with higher testing levels tend to have lower average scores. One main reason for this is that they include results from students whose future plans may not include college-level coursework (in some cases, these students will “take” the test but not actually complete it, resulting in artificially low scores). In states where standardized testing like the ACT is optional, test-takers are primarily a self-selecting, academically advanced cohort, which is reflected in their test scores.

Consider, for example, Massachusetts, which had 2020’s highest average ACT scores in the nation (26.0), but administered tests to only 18% of graduates (just over 13,000 students). As the figure below shows, a comparison of the two states’ score distributions reveals that Massachusetts scores are skewed heavily towards the higher end; there is not a gradual “drop-off” of students as the average score increases (which we would expect in a more “normal” distribution).

Let’s look at another metric: nearly half of Massachusetts test-takers scored a mean composite of 25.0 or higher, but only 15% of Kentucky graduates met this benchmark. At first glance, it might appear that Massachusetts is simply better at producing high-achieving graduates. But this fails to take into account the significant difference in the size of the testing pools—a closer examination reveals that Kentucky actually had nearly 1,500 more graduates with scores above 25.0 than Massachusetts did.

In other words, while the average Kentucky student may achieve a lower ACT score than many of their peers across the country, Kentucky’s academically gifted students more than hold their own.

It can also sometimes be useful to look at how a state compares to others in the same geographical region. For Kentucky, this may not be as informative a metric; only two of its bordering states (Tennessee and Ohio) test a comparable percentage of students. (Of these, Kentucky’s results outpace Tennessee’s and slightly trail Ohio’s.)

Many Kentucky Juniors are Not College-Ready

Kentucky’s Class of 2020 lags behind the national average for students meeting ACT College Readiness Benchmarks (CRBs). Kentucky graduates are most college-ready in English, with just over half (53%) of graduates meeting the CRB. But the numbers are lower in other subject areas, with 38% meeting the Reading benchmark, and just under one-third showing college readiness in Math (28%) and Science (29%).

Broadly speaking, 2020’s results continue a recent trend of gradually decreasing college-readiness among Kentucky students. Dishearteningly, the number of students who failed to meet CRBs in all subject areas has risen nearly 10% in the past two years. Although this reflects poorer performance across the board, the most precipitous drop (over 6%) has been in English, as shown in the chart below.

Nationally, there is a concerning correlation between a student’s racial background and their likelihood of. In general, Asian Americans have the highest rates of success, followed by white students. Students who identify as Black or African American score the lowest (Hispanic students, and students of other races, generally score somewhere in the middle.) It is important to emphasize that this is not a causative relationship. Black students do not score worse than white students, on average, because they are Black; rather, it is that many factors which negatively impact ACT scores tend to disproportionately affect non-white (and non-Asian) students.

Kentucky’s 2020 results reveal a similar racial achievement gap, but one which is somewhat smaller than the national trend. Nationwide, the gap between the composite ACT scores of the highest- and lowest-scoring groups of students is over 8.2 points; in Kentucky it is 6 points. Still, the gap is real: while 49% of Kentucky’s Asian students and 34% of white students met three or more College Readiness Benchmarks, only 9% of Black graduates and 18% of Latinos did so.

Closing this achievement gap will take hard work, but it’s not an insurmountable challenge, in part because white students make up a substantial majority (69%) of Kentucky’s graduating class. (The next largest group, Black students, makes up 8%, Latinos comprise 6%, and the mostly high-achieving Asian students make up less than 2% of graduates). To put it in terms of concrete numbers, if Kentucky wanted to achieve parity in college readiness between white and Black students, they would only need to improve the scores of just over 1,000 Black students.

In addition to race, a student’s economic status is often closely related to their ACT performance. Nationwide, the achievement gap between students whose family income is less than $36,000 a year (classified as “low income”) and those whose family income exceeds that amount is very wide: when comparing students who meet 3 or more CRBs, over 20 percentage points separate the two groups. In Kentucky  this gap is smaller—around 15 percentage points—but still shows room for improvement.

Kentucky’s Colleges are Popular and Affordable

A majority (57%) of 2020 Kentucky graduates aspire to a minimum of a four-year bachelor’s degree. (Note: about 31% of Kentucky’s 2020 Senior Class did not indicate their post-secondary educational plans.) If these college-bound students are anything like their peers in previous years, a majority likely want to remain within the borders of the Bluegrass State. Seniors in 2019, for instance, sent about 62% of their ACT score reports to public in-state colleges; their top five selections were:

While high ACT scores make any student an attractive candidate, all of these five except the University of Louisville will consider students for admission without test scores. (Some require ACT scores if students wish to be considered for academic scholarships.)

At the University of Louisville, each department has a different ACT benchmark for admissions: for instance, students applying to the College of Arts & Sciences should have earned:

(For reference, in 2019 a majority of students at 46 Kentucky high schools met or exceeded this ACT score.)

Students hoping to enter the School of Business at Louisville have a higher bar to clear:

(This is a much higher standard; it is estimated that less than 15% of 2020 graduates met or exceeded these ACT scores.)

Regardless of where students end up, Kentucky colleges are well within the financial reach of many students—for instance, all of the five schools listed above rank within the Top 11 Most Affordable Colleges at which to obtain a bachelor’s degree.

Due to the impact of COVID-19, the 2019-2020 Kentucky School Report Cards were released without the inclusion of 11th grade ACT scores. Consequently, the following table uses data from 2019 (the last year for which complete information was available) from 273 Kentucky high schools.