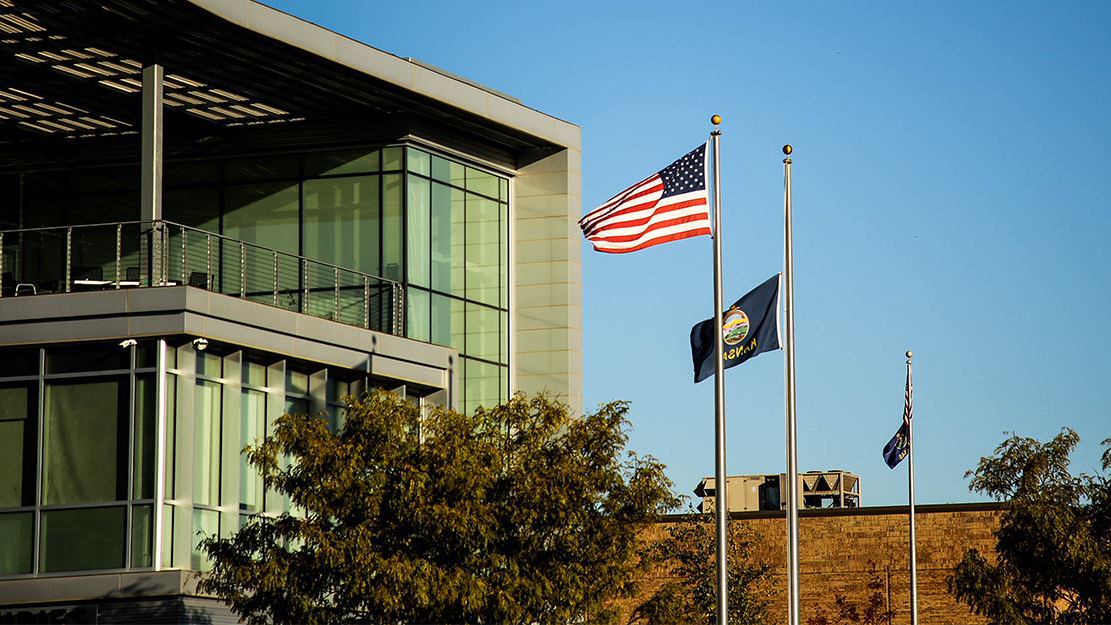 In 2018, the Kansas Legislature approved funding for the Kansas State Department of Education to enter into a contract with ACT. Every Kansas high school student can now take the ACT once for free. State officials hope that by removing financial barriers for students who previously could not afford to take the test, the rate of ACT-takers will increase.

But as the level of testing increases, score averages are likely to fall, since they will include results from students whose future plans may not include college-level coursework. In states where standardized testing like the ACT is optional, most of the test-takers are a self-selecting, academically advanced group of students. For example, Connecticut and Massachusetts had the highest average ACT scores in the nation (both 25.5) in 2019, but only tested 22% and 21% of graduates, respectively.

Many Kansas Juniors are College-Ready 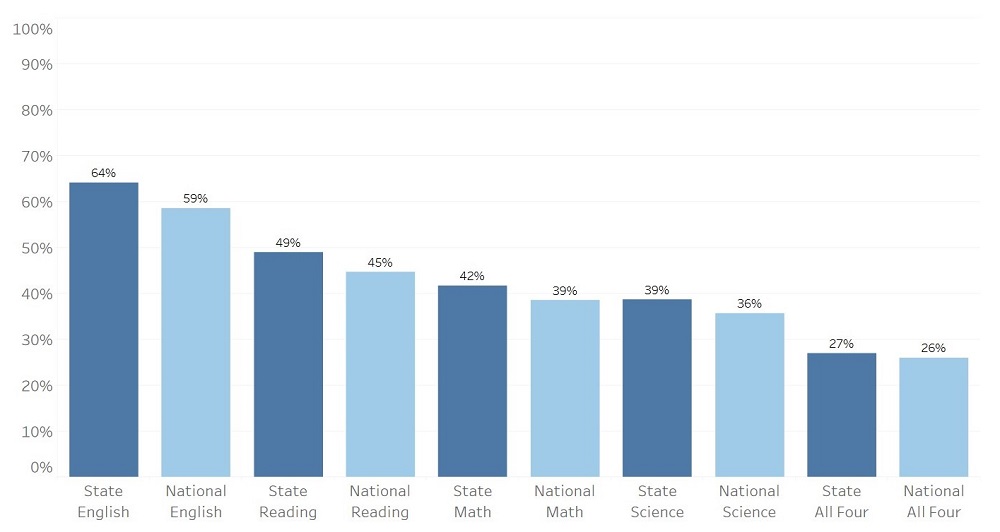 Across the board, Kansas graduates are meeting ACT College Readiness Benchmarks (CRBs) at notably higher rates than the national average. A clear majority of Kansas students (64%) are prepared for college English, and nearly half (49%) met the Reading benchmark. A significant number of students are college-ready in Math (42%) and Science (39%), too. Over one-fourth of students (27%) met all four CRBs, and 41% of students met benchmarks in three or more areas.

There’s more good news, too: in 2019 in every subject area besides math, at least 10% of the graduates who didn’t meet the benchmarks were within 2 points of doing so. If just these students’ scores could be brought up to benchmark levels, Kansas would have over 50% of students passing every CRB (and nearly three-fourths meeting the English benchmark!).

Compared to the class of 2018, this set of graduates showed slightly less college preparedness in all areas. The average scores of 2019 students dropped by 0.5 points in English and Reading and by 0.4 points in Math and Science. As mentioned above, this is likely due in part to an increase in the number of students taking the ACT.

The chart below shows Piqosity’s analysis of the relationship between the number of tested students and their average composite scores.

As we can clearly see, as the number of students being tested has increased, the average scores have fallen. This trend is not unexpected. Consider Kansas’ northern neighbor Nebraska, which tested approximately 100% of graduates in 2019; their average score was a 20.0. As Kansas looks to increase its participation—from 72% in 2019—it may expect to see similar scores.

These nationwide trends are mirrored in Kansas’ 2019 results. 54% of Asian students and 48% of white students met three or more College Readiness Benchmarks, but only 13% of Black students and 21% of Latino graduates did so. It’s worth noting that the achievement gap between the highest and lowest scoring groups (Asian and Black students, respectively) is notably smaller in Kansas (41%) than it is nationwide (51%).

The significance of these results is skewed somewhat by the racial makeup of the graduating class:

In other words, Kansas could close the achievement gap by raising the scores of about 520 Black students, and just over 1,250 Hispanic students.

Luckily for students of all races looking to increase their chances of ACT success, there are several actions they can take which are statistically likely to improve their scores.

Kansas Colleges are Accessible and Affordable

The overwhelming majority (81%) of Kansas’ Class of 2019 aspire to postsecondary education, with nearly half aiming for a four-year bachelor’s degree. There’s good news for parents worried about becoming empty-nesters: students sent the majority of their ACT score reports to public in-state colleges.

Being admitted to these schools is an attainable goal. At Kansas State, Wichita, Emporia, and Fort Hays, for instance, first-year applicants will qualify for admission if they earn:

Applicants to the University of Kansas need either:

Furthermore, these colleges are within the financial reach of many: all five rank within the Top 10 Most Affordable Colleges in Kansas.

The Kansas State Department of Education has made public the average Composite ACT scores of 366 high schools.