Think “I Suck at Math”? You Can Change That 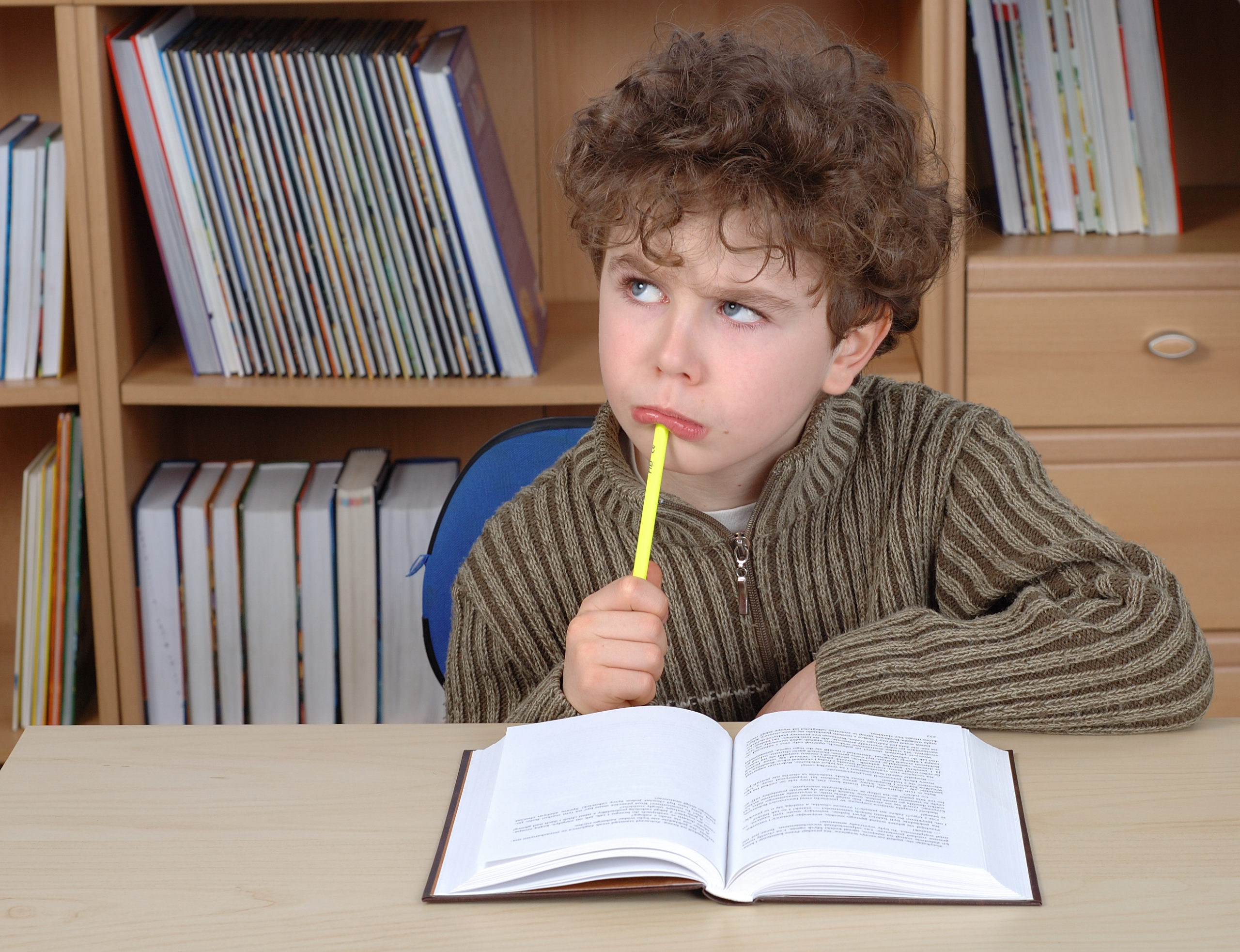 Ask a student their least favorite subject, and you’ll often hear, “I hate math.” Ask them why, and they’ll say, “because I suck at math.” Really, their reasoning makes sense—how many things that you’re bad at are among your favorite activities? As it turns out, a distaste for mathematics is extremely common, and a lot of that can be attributed to the ways we teach and study math skills.

In this article, we’ll look at what’s behind the “I suck at math” mentality, debunk some common myths, and offer helpful tips on how to improve your math skills.

Debunking the “Bad at Math” Myth

There are lots of reasons to dislike something, but in the case of math, the biggest one is a perceived lack of natural skills. This is where a pernicious myth often sneaks in. It’s a common belief that people are inherently good or bad at math. At best, this is a major over-exaggeration; at worst, it perpetuates harmful stereotypes and discourages children who struggle with math from trying to outgrow their “I suck at math” mentality.

Although they had good intentions, all they’ve really done is encourage a fatalistic outlook. Once this happens, you might even start to self-identify as someone who is “bad at math,” and stop trying to get better. From there, it’s a slippery slope towards believing that you’ve “always been bad” at learning math concepts (even if that’s not true), so that the story you tell about yourself better matches your “I suck at math” identity.

What Research Shows About the “I Suck at Math” Mentality

While it’s true that a small part of the brain is connected to a person’s ability to recognize and decipher numbers, a much more significant indicator of someone’s math skills is preparation. For example, in a study conducted by scientists in Germany, it was found that 80% of a child’s math proficiency was determined by their learning environment. Genetics accounted for the remaining 20%.

In the study, scientists measured the growth of gray matter in the brain of children between the ages of 3 and 6 years, then examined those students’ second-grade math test results. There was not a strong correlation between the students’ brain size and their results; however, the amount and types of exposure each child had to mathematics during that time went unchecked, leading scientists to believe that the children’s unique environment had a hand in their end results.

A separate study, conducted in 2017, did provide some evidence that intuitive number sense may run in families. Some scientists believe, however, that this can be attributed to how often a child is exposed to early math concepts before they reach school age.

For instance, a child whose parents explained how prices work when they took them to the grocery store, or had them try to count in different ways around the house would probably be more likely to excel in math later on than a child who wasn’t exposed to the same concepts. In that case, there is a family connection, but it’s not genetic, it’s environmental.

Let’s put it this way: maybe you need a genetic boost to win a Nobel Prize in Mathematics, but anyone who prepares properly can pass Calculus!

Is it Normal to Struggle With Math?

To put it in one word, yes.

One of the worst things about the “I suck at math” mentality is that it’s extremely isolating. Students who struggle in math often feel as though they are the only ones who don’t understand. (The problem is compounded by the fact that most young people are afraid of “looking dumb” in front of their friends.)

But students who feel this way aren’t as alone as they think. It’s extremely common for upper elementary students to fall behind in math. In fact, 6 out of 10 students aren’t meeting the minimum proficiency standards for mathematics. That means that almost two-thirds of students are struggling with math concepts—no wonder so many students say “I hate math!”

Next, we’ll look at some common causes of these struggles.

If you’re a student and you feel like math is too difficult to understand, there’s a good chance the way it’s being taught to you isn’t properly syncing up with your learning style. Just as every student has an individual personality, so too do they have a distinct learning style.

If the way a teacher presents a concept doesn’t fit well with how a student’s brain deciphers things, that student is far less likely to get a grasp on the concept. They’re not dumb, and they don’t suck at math; they just need a different explanation.

Students who feel this way should make a point of (politely) reaching out to their teacher to discuss this; teachers usually have many ways to explain difficult concepts. Together, student and teacher can find an explanation which makes sense! Additionally, teachers may be able to recommend private tutoring for students to ensure that they are set up for success.

Starting in kindergarten, children learn basic mathematical skills: counting to 100, number and shape recognition, identifying patterns, and so on. They’re also often tasked with memorizing simple arithmetic facts, like “2+2=4”or “3×4=12.”

While these may seem mundane, they’re actually essential: having a strong foundational knowledge of math is vital for understanding more advanced math concepts. Math, like many disciplines, is cumulative: more advanced ideas build directly on simpler ones. If a student hasn’t adequately learned these basic skills, it would make sense that they struggle with more advanced concepts.

Okay, so we fibbed a little bit—some people really are naturally bad a math. Those people have a learning disability called dyscalculia. People with this disability have extreme difficulty learning basic math concepts, no matter what their ideal learning style. Maybe now you’re thinking, “Of course! I suck at math because I suffer from dyscalculia!” It’s possible, but not very likely: it’s estimated that only about 7% of elementary-aged students suffer from dyscalculia.

Although it’s sometimes referred to as “math dyslexia,” most professionals call it a “math learning disorder” because dyscalculia affects the brain in a different way than dyslexia does. (It may be linked to ADD or ADHD, too.)

If you genuinely suspect you may have dyscalculia, speak to a medical professional to see about being officially diagnosed and finding helpful accommodations.

Math anxiety refers to the feeling of fear or tension when it comes to learning different mathematical concepts. Students with math anxiety can trace their dislike of the subject directly to the fear and anxiety they feel when faced with mathematics concepts. This anxiety can prevent a child from properly grasping the concept in front of them and can contribute to standardized testing anxiety. Students who suffer from math anxiety may feel hopeless or “stupid,” may be driven by a fear of failure, suffer from extreme stress, overall confusion, and may (in extreme cases) experience physical symptoms too.

For more information about math anxiety, check out our articles: What is Math Anxiety?

A note about Math vs. English Anxiety

Sometimes, students wonder, “Why am I so bad at math, but so good at English?” Although there aren’t as many studies examining anxiety in K-12 English Language Arts students, it’s far less common for students to experience ELA anxiety on par with math anxiety.

One major exception is students who struggle with Generalized Anxiety Disorder (GAD), who may feel a sense of terror if called upon to read out loud.

The discrepancy between Math and English is likely due in part to the fact that most American students are passively exposed to the English language for the first five years of their lives. It’s easier to delve deeper into a language you’re familiar with than an entirely new concept you may not have seen before.

So, How Do You Get Better at Math?

Getting better at math takes practice and patience, and in the case of the latter, that has to come from parents and teachers as well. With that said, here are some helpful tips for improving math proficiency:

Still Think “I Suck at Math?” Piqosity Can Help.

Nobody really “sucks” at math. Hopefully, after reading this guide, you are ready to leave your “I hate math” mentality behind you. Maybe you can even encourage many of your peers who feel the same way! Rather than spending all of your time stressing out about falling behind, use your time to practice the concepts that don’t make sense to you.

Piqosity also offers a variety of math practice questions in the following courses:

Piqosity’s math courses come with tests to help you identify your strengths and weaknesses, lessons that help you review concepts, and thousands of practice questions to get you the practice that you need.

Each course can be used to provide math enrichment, remediation, or test prep, depending on your needs / the needs of your student. You can purchase our courses separately or, if you’re studying for the ISEE, ACT, or SAT, they can be bundled (aka come free) with our competitively priced test prep packages.

Registration with Piqosity is free, does not require the input of your credit card information, and takes less than 30 seconds. Register today to start fighting back against the “I suck at math” myth.

About the Author: Josephine Schreiber

Josephine is a writer, mother, and avid reader. She homeschools her two daughters and teaches ELA and nature study classes at a co-op one day a week. When she isn't reading, writing, or teaching, she spends her free time hiking and practicing yoga with her girls.