Spooky Stories and Creepy Poems to Teach Students about Literature 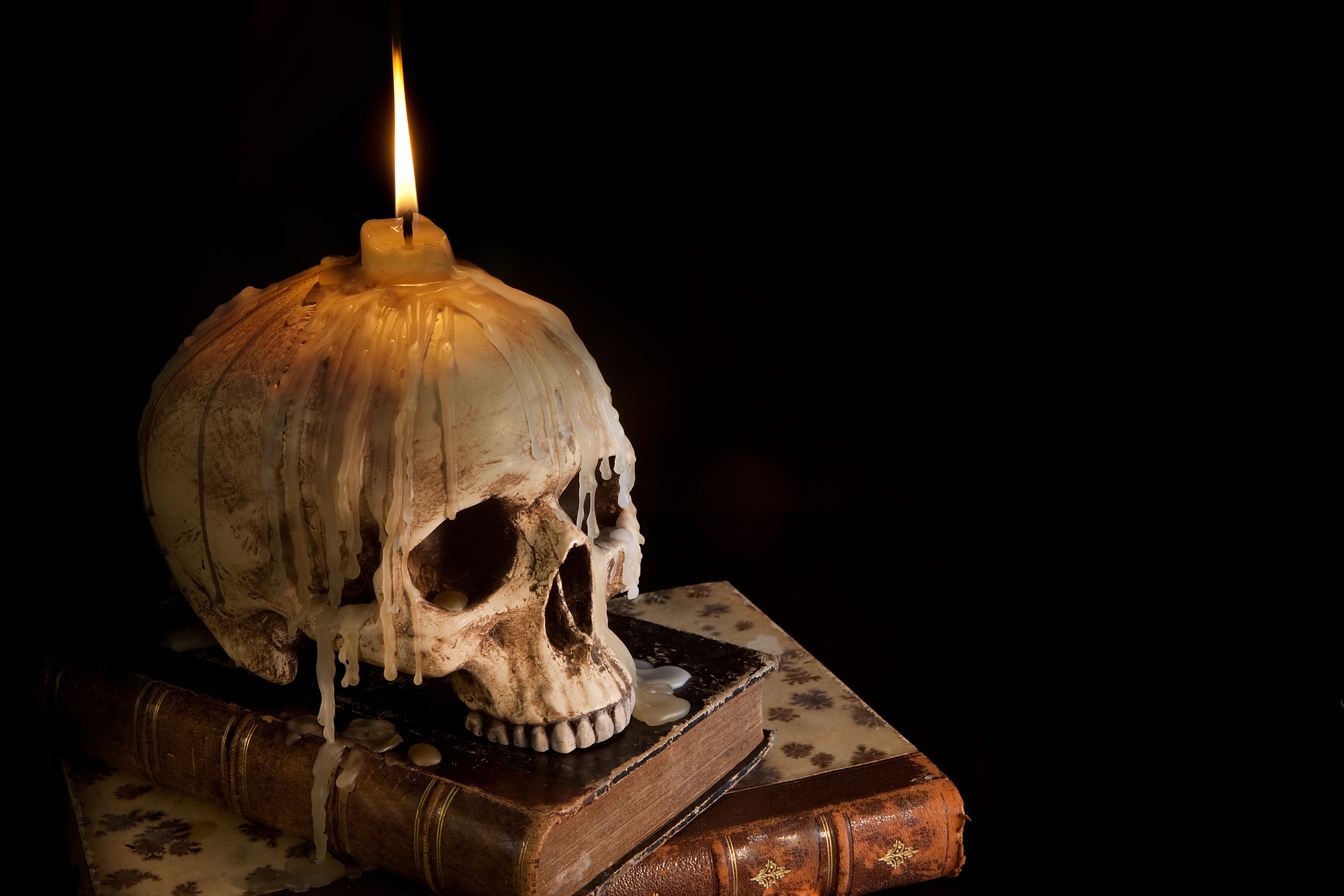 Happy Friday the 13th! This unusual occurance, which happens at least once a year, is considered an unlucky day in Western superstition, said to have Biblical origins. While it isn’t technically a holiday, there’s no reason not to celebrate it by diving into some spooky reads.

If you’re a parent or teacher looking for ways to captivate your students into exercising their ELA skills, these spooky stories or creepy poems may be the solution for you for this Friday the 13th! Students will love a surprise celebration on this little-recognized, special day. For your convenience, we’ve compiled a list of five spooky short stories and poems that are must-reads.

These stories and poems, written by acclaimed authors and poets, are the most famous horror poems and tales. The literary and stylistic tools they use effectively elicit fear and unease, so reading and analyzing them is a perfect way to captivate your scholars and teach them about tone, rhetorical devices, and other literary tools.

We’re featuring two scary poems in this collection, demonstrating the work of two of the best American poets in history, both known for their affinity for discussing death or other scary subject matter.

“The Raven” is one of the best-known poems in American literature. Its subject matter is a young man, grieving for his lost love, who is visited by a raven. The bird’s repetition of the word “Nevermore,” and its refusal to say anything else, drives him deeper into despair. The poem allows for many different interpretations, which makes it well-suited to students learning about literary criticism, but it can also be an excellent introduction to literary poetry for middle school students.

A summary biography of Poe can help your students understand the poem in the context of the author’s life. For younger students who are just starting to learn about poetry, “The Raven” can be used as a companion and example for an introduction to poetry like this one. They can diagram its rhyme scheme (abcbbb) and identify its meter. If they find this particularly interesting, they might also want to read his “The Philosophy of Composition,” in which he explains the stylistic choices he made in constructing the poem.

For high school students, particularly those studying AP English Literature, “The Raven” can also be an excellent exercise in literary criticism and the interpretation of symbols. You can also discuss the rhyme scheme, exploring the purpose of rhyme in poetry and how it can be used to create a certain effect. You can ask them to describe the poem’s symbology for you and give their opinion as to whether the titular raven is a literal bird, or something else entirely. Then, you can have them write a piece of literary criticism which deals with those topics and analyzes the poem.

“I heard a fly buzz—when I died—” is one of the better-known poems of Emily Dickinson, the reclusive and prolific nineteenth-century American poet. The poem describes Dickinson’s imagining of the moment of one’s death and evokes the sensorium of dying.

Like “The Raven,” “I heard a fly buzz—when I died—“ can be a useful tool for teaching young students about the basics of poetry. Studying more poems by Emily Dickenson and reading a biography of her life can help students put her work into context and understand the themes important to Dickenson and her writing.

For older students, “I heard a fly buzz—when I died—” is a useful exercise in interpreting poetic symbolism and understanding the significance of poetic imagery. Ask them to think about the significance of the fly in the poem’s imagery before diving into the poem’s makeup as a group or have them write an essay.

When I was in elementary school, my classmates and I would scare ourselves half to death reading and rereading the different Scary Stories to Tell in the Dark collections from our school library. That was almost twenty years ago, and the contemporary scary stories students read today may affect them in the same way, but nothing compares to the terrifying, timeless tales featured here. Even the most reluctant readers will be quivering in their seats while reading these scary short stories!

1. “The Legend of Sleepy Hollow,” by Washington Irving

One of the most famous horror stories and the inspiration for multiple film and television spinoffs (a fact which may make some children more willing to read and study it), “The Legend of Sleepy Hollow” tells the story of the superstitious Ichabod Crane and his terrifying encounter with the “Headless Horseman”—a ghostly figure which, the story implies, is actually his rival Brom Bones in a clever costume.

For younger students, “The Legend of Sleepy Hollow” can be an excellent exercise in reading comprehension, particularly foreshadowing and understanding the author’s intent. Reading comprehension is an important skill for standardized tests, and if students develop it in elementary and middle school, they will find it easier to do well on some AP exams and the SAT and ACT in high school.

To make the most of reading comprehension practice with “The Legend of Sleepy Hollow,” sit down and read it with your students. Ask questions throughout the narrative—why is the author telling us that Ichabod is superstitious? Do you think that detail will be important later on? What role do the ghost stories at the party play in the author’s overall narrative? What do you think really happened in Ichabod’s encounter with the Horseman, and why?

For older students, particularly those studying American literature, “The Legend of Sleepy Hollow” is most useful as an example of the work of the Knickerbocker Group and an insight into the culture of late-eighteenth-and-early-nineteenth-century America. The Knickerbocker Group, the loose association of contemporary authors to which Irving belonged, is also commonly mentioned in American history courses around this time of year. Reading “The Legend of Sleepy Hollow” and a description of the group’s origins and works can help students gain a deeper understanding of the group’s cultural significance.

“Rappaccini’s Daughter” relates the story of a young man who falls in love with the beautiful daughter of an elderly doctor, only to discover that her very flesh is poisoned as a result of her role in one of her father’s experiments. He offers her the antidote, but since the poison had become so deeply a part of her, it kills her rather than curing her.

There are few good resources online for studying “Rappaccini’s Daughter,” but it’s worth including in this list nonetheless because of its relevance to the standard American literature curriculum for high school. Most high school English classes which focus on American literature cover The Scarlet Letter at some point. In The Scarlet Letter, Hawthorne makes heavy use of color symbolism and other literary devices, which classes typically cover in exhaustive detail.

“Rappaccini’s Daughter” is a much less commonly taught Hawthorne work which uses many of the same techniques. Therefore, it can be used as an exercise in identifying Hawthorne’s characteristic literary devices or, when assigned as independent reading, an opportunity to build on the class material by developing one’s independent literary reading skills.

3. “A Rose for Emily,” by William Faulkner

“A Rose for Emily” recounts the story of Miss Emily Grierson, an elderly woman living in small-town Mississippi, and the dark secret discovered in her house after her death. (I would say more, but I wouldn’t want to spoil it for you if you haven’t read it—literary significance aside, it’s an interesting read, and more than a little creepy.) We encourage parents looking for spooky reading at home to pre-read this particular story before assigning it to their children, as it does contain strong language and themes which some parents may find objectionable—though it has nothing that wouldn’t be encountered in a typical junior-level English class.

“A Rose for Emily” is most relevant for high school students who are taking English classes focused on American literature. The author, William Faulkner, is commonly studied in such classes, and “A Rose for Emily” is a good introduction to his work. It is set in his fictional town of Jefferson, Mississippi, in the fictional Yoknapatawpha County—the setting for many of his stories and all but three of his novels. “A Rose for Emily” touches upon several themes that are common in his more-studied works, including tradition vs. change and the racism of the early-twentieth-century South.

This article was originally published on ThesisMag.com and written by Sarah Craig.

Reading and Language Practice with Piqosity

We hope you found these creepy poems and spooky stories both entertaining and educational—they’re great examples to practice key ELA concepts, such as tone, rhyme, inference, point of view, figurative language, and more. Looking for more English practice with your students? Piqosity’s here to help!

Along with our collection of math courses, we offer full ELA online courses for grades 5 through 11. Each English course covers writing, language, and reading topics, complete with more than 100 reading comprehension passages to test your students’ knowledge and help them practice what they’ve learned! These courses are available online through our app and can be purchased separately or received for free when bundled with our ISEE test prep courses.

About the Author: Sara Fetahagic

Sara holds a BA in English and Linguistics from The University of Texas at Austin. A native Houstonian, she began writing for Piqosity in 2021.